Radiofrequency Ablation is a minimally invasive Chicago pain management procedure used to decrease chronic pain by ablating (in effect cutting off) the nerves associated with this pain through the use of a heat producing high frequency electrical current which acts only on the desired tissue.

What conditions are treatable with RFA?

Radiofrequency Ablation (RFA) is used to treat various conditions outside of pain management in which unwanted tissue needs to be removed such as varicose veins. It is also often used to stop bleeding during surgical procedures.

RFA is also used to remove tumors as it is very effective at only acting on the targeted tissue (Percutaneous radiofrequency ablation of malignant liver tumors with ultrasound and CT fusion imaging guidance 2014). 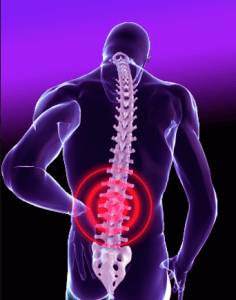 RFA is also used to treat chronic pain conditions caused by spinal injury or deterioration due to conditions relating to the vertebrae and intervertebral discs which may in turn affect the nerves in the area. The most common condition treated by far is degenerative arthritis of the facet joints in the neck or back. 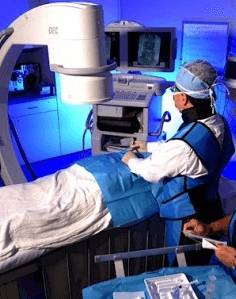 RFA procedures are not indicated for treating nerve root compression. The thermal energy used during the ablation procedure is designed to deaden tiny nerve endings, and should not be placed anywhere close to an actual nerve root as it can damage it.

How is the Radiofrequency Ablation (RFA) procedure performed?

The Radiofrequency Ablation (RFA) procedure is performed on an outpatient basis. The area to be treated is often injected with pain relieving medications to correctly identify the nerves associated with the pain. Insurance companies typically require that before hand, and that procedure is known as a medial branch block. A medial branch block may actually provide months of pain relief itself. When the relief wears off, the RFA may be performed as a next step.

Once the correct nerves to be ablated have been identified you will be sedated and with the aid of a fluoroscope, a type of x-ray machine, the Chicago pain management doctor will insert a needle and a metal probe into the area. A test is performed with small energy to make sure the probes are not too close to a nerve root. Several joints can be treated simultaneously, and if any one has a probe too close to a nerve root, a leg may jump as a result.

A high frequency electrical current which produces heat and ablating the medial branch nerves is then placed. This heat basically cauterizes the nerve and stops it from sending pain signals to the brain, thus eliminating the pain.

What are expectations when a patient receives the Radiofrequency Ablation (RFA) procedure?

Generally when the Radiofrequency Ablation (RFA) procedure is performed the patient will experience excellent relief from pain. This relief may last for periods up to two years.

Patients will experience a much longer duration of relief than from facet joint injection treatment and will maintain a greater range of motion than patients that receive spinal surgeries such as spinal fusion. Often patients that receive the Radiofrequency Ablation (RFA) procedure will require less pain medications after the treatment and there is a much shorter recovery time than from traditional surgical procedures. Most importantly patients receiving the Radiofrequency Ablation (RFA) procedure will gain an improved quality of life by being pain free regaining mobility.

Studies show the pain relief to last anywhere from 6 months to 24 months. When the relief wears off, the procedure can be performed again with the expectation of similar pain relief resulting. 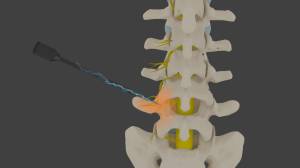 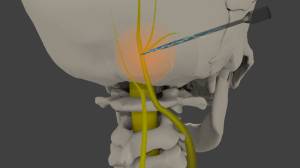 What risk or side effects are there?

There is almost always some level of risk with a medical procedure. At the minimum you can experience swelling and bruising at the treatment site, at the most you may experience slight burning at the procedure location. Typically risks are very low with this procedure.

However, this may not be a permanent “fix”, the procedure may need repeated occasionally. The average period of relief is about 9 months but the effects can last 18-24 months (The efficacy of radiofrequency ablation combined with transcatheter arterial chemoembolization for primary hepatocellular carcinoma in a cohort of 487 patients 2014).

How successful is Radiofrequency Ablation (RFA) for the relief of pain?

Radiofrequency Ablation (RFA) is a very effective procedure for relieving chronic pain. It is typically more effective and longer lasting than facet joint injections. Success of this treatment has been shown to be as high as 75% to 85%. The procedure may need repeated periodically but still can be a better alternative to surgery as it has much lower risk for complication, a much faster recovery time, and is much less invasive.