Body pain is something which almost all people would have associated themselves. As is evident to most of the persons, pains can be caused to virtually every part of the human body owing to many a reason. However, users are informed of the fact that pains are mere symptoms and not the core disease – they are rather indication or certain issues or problems which are present in the particular organ of the body. Now, pains can also be of certain types – there are pains which are mostly caused out of exhaustions which are temporal in nature and are naturally healed with rest or certain external ointments. Apart from these, there are certain pains which are introduced and come into existence owing to the natural wear and tear of the body. These pains normally happen to people who are at the later middle age to old age and the mostly affected regions are knees, shoulders and other joints which are in frequent use for locomotion. Other than these, there are certain chronic pains which may occur due to certain inherent damage to the body organs – be it a torn ligament, misplaced bone, a torn muscle and sorts. These chronic issues are the most challenging one for the victims which needs immediate attention and treatment because these tend to become more severe with time.

The criticality of the pain also depends upon the affected region. While a pain in the knee region can be taken lightly but a pain in the neck (connected to the spinal cord) or the upper back could be signs of extremely serious medical issue – relating to the malfunction or inefficiency of a critical organ of the body. Now, shoulder pain can also be caused due to intense workout regime as well which may cause serious wear and tear to the muscles and ligaments. A few of the serious symptoms of shoulder pain, which are treated with high efficiency at the pain clinic in Chicago, are mentioned below for reference:-

Tendons are the connectors of muscles to bones. In the shoulder region continuing to the biceps, there is the rotator cuff where in many people experience pain owing to incorrect posture and movement problems. This in turn cause pain which can be agonizing can extend up to the forehead. These issues should always be tackled in the early stages so as to prevent any form of tear of tendons. Physical therapies would probably cure this in the initial stages, which may require surgery at a later point in time. 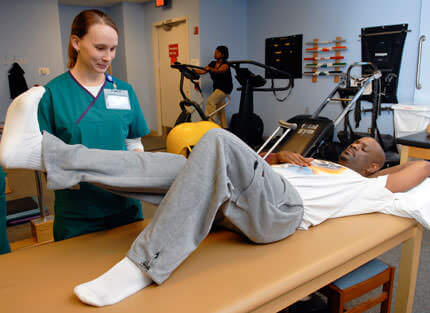 As the previous one was related to tendon, this is related to the wear and tear of bones and cartilages over the joint surfaces of the shoulder. This may occur due to natural wear and tear of the bones owing to age, or due to certain abrupt weight lifting or stressful activities. For such issues as well, the initial stages include physical therapies, icing of the region. However, negligence of these issues may lead or joint replacement or complicated surgical process in future.