How Does Radiofrequency Ablation Work?

What is radiofrequency ablation?

Radiofrequency Ablation is a precise procedure that uses radio waves or electric current to generate enough heat interrupt the conduction in the nerves. This procedure often blocks the nerves for about 6 to 9 months, however it may last for a longer period which may last 18 to 24 months.

Who Is the Ideal Candidate for Radiofrequency Ablation? 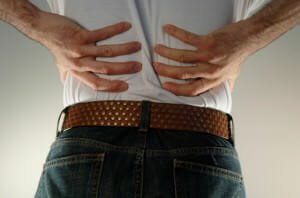 Radiofrequency ablation is in most cases offered to patients who suffer from chronic neck or back pain that originate from joint problems such as arthritis. In such cases, radiofrequency ablation is used to interrupt nerves that are found in the facet joints. It is further used in patients who suffer from RSD that involves arms and legs. It interrupts the nerve supply to the arms and legs.

The procedure may also be used in patients with knee pain, SI joint pain, occipital neuralgia, and more.

How does Radiofrequency Ablation Work?

Radiofrequency ablation is performed in various positions. The key determining factor is the specific nerve to be ablated. It is performed when the patient is lying on the stomach if 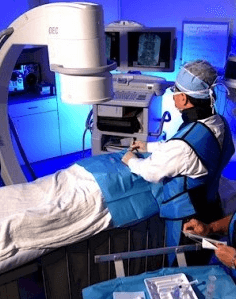 it involves the facet joints, the spinal disks and the cervical sympathetic nerves. The process is carried out under sterile conditions.

The patients are then monitored using EKG, blood pressure cuff, and an oxygen monitoring device. The skin is cleaned with an antiseptic solution where by it is numbed. The x-ray is used in guiding the placement of the needles and identify the bony landmarks. An electric active needle is then used to carry out the electric stimulation procedure.

During the electric stimulation, you are likely to feel some twitching and throbbing but the physician is alert to make sure there the big muscles are not stimulated. You are required to be awake so that you can report what you are feeling. After the procedure is done, it numbs the skin and stuns the nerves semi permanently.

What are the Benefits of Radiofrequency Ablation?

Radiofrequency ablation is known to disrupt the conditions of the nerves by interrupting the mode of conduction of the pain signals. As a result, this helps reduce pain and other symptoms. When a nerve is blocked, it becomes painful for that part as well as other areas in the body. R To remedy this, a radiofrequency ablation is used to help relieve that part of the pain in the nerves.

What are the Risks behind Radiofrequency Ablation?

In general, this procedure is safe. But, every procedure that involves the skin have some risks, and this is no exceptional. Since the needles used have to go through the skin and soft tissues, you might experience incidences of bruising and soreness here and there. This can result to damage of the nerve to be ablated since they are near the blood vessels. Therefore, great caution should be taken when placing the radiofrequency needles and the electric current.

Well, radiofrequency ablation is tested and effective procedure. But it is not recommended for those under blood thinning medication or those who have an active infection going on. Note, caution must be taken during the procedure for effective results.

Premier Pain & Spine in Chicago offers RFA procedures with Board Certified, Fellowship Trained doctors at all eight locations. The Chicago pain doctors are experts in the procedure, and will discuss with you the steps involved in the treatment and what leads up to it.