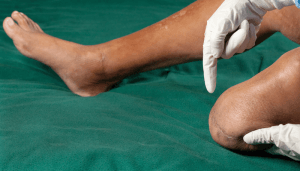 remove the body part, (such as a diabetic losing their foot by amputation due to complications from their diabetes). Phantom Limb Pain has also been reported by persons that were born without the limb(s).

It is estimated that approximately 185,000 people have a limb amputated annually in the US,  and there are currently approximately two million persons in the United States living with the loss of a limb. PAD (peripheral artery disease) is the number one cause of surgical amputation in persons over the age of fifty. The number of persons that suffer with Phantom Limb Pain is between 50-80% of the total.

What are the symptoms associated with this condition?

Symptoms of Phantom Limb Pain include burning, stinging, shooting, or throbbing pain, most felt in the farthest extremity (for example, a leg amputee may feel like their foot hurts, although there is no foot).

Often the “limb” will feel as if it asleep, (pins and needles) or like it is contorted awkwardly and uncomfortably. These symptoms may start within a few days of the amputation and are often intermittent, and they may continue indefinitely, although sometimes it stops on its own.

How is Phantom Limb Pain diagnosed? 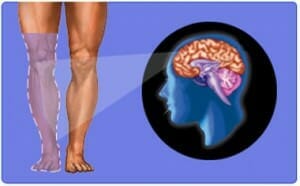 Have you recently had a limb amputated? Does it feel like the missing “phantom” limb hurts or has other sensations like tingling or numbness as if it were still there? Then you have Phantom Limb Pain. Actually that isn’t too far from the truth as there are no real tests for diagnosing Phantom Limb Pain.

How is Phantom Limb Pain treated?

Generally persons can be treated for Phantom Limb Pain with some success with certain medications. These include certain antidepressant drugs like Pamelor (amitriptyline, nortriptyline), anticonvulsant drugs like Neurontin (gabapentin), Lyrica (pregabalin), and Carbatrol (carbamazepine), and opioid analgesics like Vicodin (hydrocodone) or Percocet (oxycodone).

What are expectations when a patient receives treatment?

Patients respond differently to the different treatments, what works best for one may not work so well for another. However most of these treatments work quite well and it is likely that one will work for you. One that has a high percentage of success is the nerve block injection.

How is a nerve block injection performed?

These are outpatient treatments and are performed in the doctor’s office in about a half an hour. Depending on where the injection site is, the patient is positioned for best access. 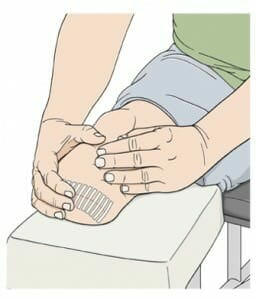 For a stump injection, this is fairly straightforward. The patient is asked where the area of most pain/tenderness is, and that’s the area addressed. The injection site is cleaned to minimize risk of infection, and then numbed with topical anesthetic medication. The mixture of local anesthetic and steroid medications are injected and then the patient is usually monitored for about thirty minutes to protect against allergic reaction to the medications used, although this is rare.

For a lumbar sympathetic block, the patient is usually sedated and placed on an x-ray compatible table. Then, image guidance is used to inject numbing medicine and either phenol or steroid medicine around the lumbar sympathic nerves to relieve the phantom limb pain.

How long do the effects from the injections last?

The local anesthetic is a short acting drug and will wear off in about a day, the steroid is a long acting medication and will last from several days to several weeks with the first treatment. Follow up treatments will provide longer lasting relief, often for several months at a time.

What risk or side effects are possible with these injections?

Side effects are minimal; they include slight bruising, swelling, or bleeding at the injection site. Long term side effects include degeneration of tissue from the steroid but this is minimized by selecting different injection sites.

How successful are the treatments for the relief of pain?

Overall injections can have a very high success rate, about 90% of patients report pain relief of around 70% or better, some become pain free. Conservative and virtual therapies can help when combined with behavior modification.